Why I Write Murder Mysteries by Athol Dickson 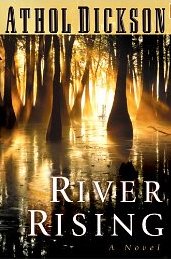 I'm a big fan of author Athol Dickson's novel River Rising, a lyrical, riveting, inspiring story that stunned me with both its style and unique twist, and made me really want to write. Yes, all that from one book.

And now, Athol has branched out into murder mysteries? More on that in a minute...

Bio:
Dickson's mystery, suspense, and literary novels have won three Christy Awards and an Audie Award. Suspense fans who enjoyed Athol's They Shall See God will love his latest novel, January Justice, the first installment in a new mystery series called "The Malcolm Cutter Memoirs." The second and third novels in the series, Free Fall in February, and A March Murder, are coming in 2013.

So...if you've read Athol's previous works, you may be asking: So why murder mysteries? Here's his reply:

Why I Write Murder Mysteries by Athol Dickson

Recently I read a fascinating article in The New York Times about what may well be the first true murder mystery novel ever written. Conventional wisdom holds that the honor belongs to Wilkie Collins, who published The Moonstone in 1868, but the author of the Times piece discovered a novel written six years earlier called The Notting Hill Mystery, which he claims has all the ingredients of a modern murder mystery, and deserves the credit as Whodunit Number One.

The novel was published in serial fashion in a periodical, as was common in those days, and the author used a pseudonym. But apparently there’s good reason to believe The Notting Hill Mystery was written by Charles Warren Adams, one of the publishers of the periodical. Hopefully, Adams will one day receive the full credit for his invention of my favorite genre. It was a monumental achievement.

But intriguing though this is to a mystery aficionado like myself, the real meat of the article for me come almost as an aside near the end, where the Times piece says, “Adams was also notably religious, which points to an unexpected characteristic of the first detective novel: it’s profoundly moral. It asks not just how evil exists, but what is to be done about it. Detective novels, like sermons, can offer gratifyingly simple answers to those questions, or thoughtful and troubling ones.”

It seems to me we love a good murder mystery because in the end they’re the stories which touch most directly on death and justice. Death is the ultimate mystery of real life. What is it, exactly? Why must it exist? What should we do about it? Even the best of murder mysteries can’t answer those questions completely, but the best murder mysteries all explore the possibilities.

And when we start exploring death, something in us cries out that it isn’t right. We all long for justice, don’t we? That’s the other thing a good murder mystery delivers: a little imitation justice. The bad guy gets his in the end, or else someone has the guts to stand and rage against the second greatest mystery of all, which is why injustice exists in the first place.

I love that about murder mysteries. It’s why I’ve read, oh, about a thousand of them. And it’s why I’m writing “The Malcolm Cutter Memoirs.”

I still haven't read River Rising but I want to!

I just put River Rising at the top of my list on my kindle. Sounds scrumptious.