Written by the Love Comes Softly screenplay-writing duo Michael Landon Jr and Cindy Kelley, Finding Mercy picks up where the suspense of Traces of Mercy leaves off. The lovely young Confederate sharp-shooter, still suffering from amnesia, is on the run from bounty hunters and driven by a need to find out who she is, in spite of what uncomfortable truths she might uncover. She finds Captain Elijah Hale a maddeningly stubborn companion, and, though she doesn't care to admit it, a genuine friend. 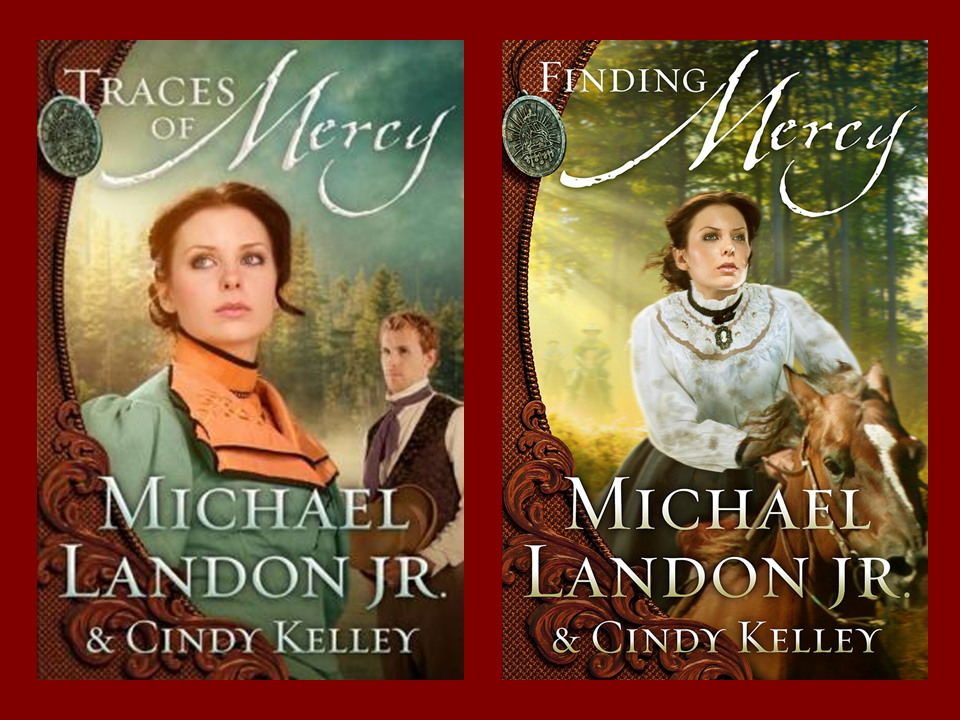 Through the smoldering rubble of what was once a thriving South, Mercy presses on in search of her past. The south is being rebuilt, slowly, laboriously, in a changing culture and by the hands of men and women, once slaves, now freedmen living by an unfamiliar new code, confusing new rules.

Soon, Mercy begins to become acquainted with who she was before the war, before losing her memory—and she isn't sure she likes what she finds. It seems a twist of Providence has now given her an entirely different view of life and people, and finds she is no longer the person she was raised to be.

This saga plays out like a movie, full of drama, suspense, bits of humor, and a growing romance. It’s woven with intriguing twists and new conflicts as Mercy unravels more difficult truths. And in the midst of her soul-searching, her life continues to be in danger. And the Yankee officer who gallantly escorted the lovely Confederate soldier home has battles of his own—his heart not the least of them.

With or without the aid of memories, Mercy must take a dangerous stand. Since she can't rely on knowing her past, she must stand on what her heart tells her. If only she could be sure she can trust what it’s saying . . .

This is a powerful story of coming to terms with prejudice and ignorance, of rising above the clash of culture and conscience, and having the courage to do what’s honorable even if it means risking all you have left—like the tiny token of mercy you hold in your hand. It’s a gripping saga of post-Civil War south and real characters you feel you know as friends. It’s a story that settles into your bones and lingers long after you close the book.

Not your typical Historical series, Finding Mercy is Historical Drama/Suspense at its finest!

Find this book on Amazon, Barnes & Noble, and check out the discussion on Goodreads.

And be sure to check out their other works such as The Silent Gift (a novel), the Love Comes Softly series, and the new original Hallmark TV Series When Calls The Heart entering its second season spring 2015.
Posted by Camille Eide at 12:05 AM

Wonderful review, Camille! Thanks so much for taking the time to read and review the book!

I'm happy to do it, this is a really intriguing story! God's very best to you both!