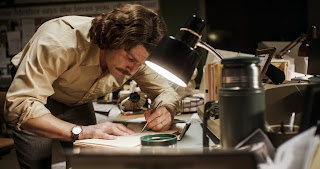 When an entire theater breaks into spontaneous applause at the closing credits, it’s probably a film I’ll want to recommend. And see again.

The title (if you somehow haven’t heard that ‘The Case for Christ’ is the title of a best-selling book) might make a viewer think the film is some kind of documentary.

This is no documentary, but rather an intense, gut-wrenching drama. Based on a true story, an award-winning investigative journalist and self-proclaimed atheist sets out to disprove the existence of God after his wife becomes a Christian.

Lee Strobel’s passion and drive will resonate with anyone who has ever felt determined to be vindicated. Even as a Christian, I genuinely sympathized with this man as he worked hard to gather evidence and disprove Christ’s resurrection. Strobel is logical to a fault, and to this viewer, logic is his — and the film’s — strength, ironically. I applaud the filmmakers for letting us follow Strobel at every turn and allowing us to see what he discovers at every angle and crossroads of his investigation, through the eyes and mind of a man driven (and earning a living) to believe nothing but instead “check it out.” 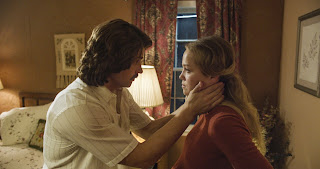 The writing and acting are superb—on par with Hollywood's best. L. Scott Caldwell (Alfie) was genuinely convincing as the “happenstance” heroine who suddenly plays a pivotal role in the Strobels’ life and future. Christensen (Leslie) and Vogel (Lee) quite naturally give dimension and heart to a couple that could be real—and just so happen to be. We (I speak for the entire theater, I think) loved them instantly.

The acting and writing also offer a refreshing break from 'Us Against Them' faith-based storytelling. There is no atheist/Christian stereotyping here—just a family who loves each other struggling with a sudden cross-purposed core value in their life. Conflict intensifies as the couple’s opposing beliefs become unavoidable. Powerfully genuine. Powerfully emotional.

It’s a deeply personal story, one that can’t help but touch every viewer on some level. If you’re not a Christian, be prepared to process some mind-blowing, indisputable facts. If you’re a believer, be prepared to hear evidence of Christ’s resurrection you may not have known.

This is not a faith film that preaches (to the choir or anyone else), uses unnatural dialogue, or tiptoes around the rawness of reality—the weakness, self-indulgence, and resentment humans are so capable of, believer or not. There is without question a need for clean, wholesome, family-safe, faith-friendly storytelling, and I don’t mean to say that this film is not clean or appropriate for family viewing. But it is also not a story created for the sake of offering a well-meant but sometimes inferior alternative to Christian viewers. This is a gutsy detective story that takes an unrestrained pickax to Christianity’s core root in an attempt to uncover truth and and comes away with not only a love of truth intact, but something far, far more precious. It will move, entertain, and leave viewers breathless. And applauding. 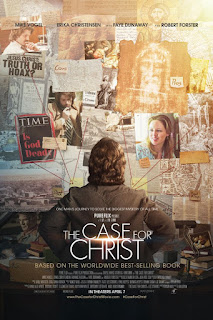