The Birth of A Novelist 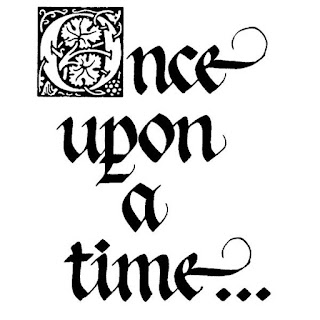 I don't know how many of my novelist friends can pin down the day they became a novelist. I can. March 7, 2007.  My friend Lisbet and I had been all dreamy-eyed, discussing the cross-continental romance between her sister (in Norway) and my brother (in America) and we decided someone ought to write a story about two people continents apart who fall in love over correspondence. That giddy musing turned into me going home, jotting a couple of notes (HAHAHA!), firing up the old computer in the kids' upstairs den, and sitting down to write. I planned to contact a publisher located in my state, because, after all, we were neighbors, and they would want to publish my book, right? I went to work, excited about what just might be the next best-seller.

About 100 pages into the story, I realized my story, the one I'd been staying up until nearly dawn each night writing and was now irrevocably invested in, was in serious trouble. I had no clue how to proceed and figured it was time to seek out help. I searched online and found writing sites (www.AdvancedFictionWriting.com) and writer's organizations (www.ACFW.com, www.OregonChristianWriters.org), and from there, soaked up all the coaching, craft books, and critique I could get my hands on. (A word to the wise: not all critiques are beneficial, but ought to be considered for value and weighed against the instinct you must train into your writing gut with an obscene amount of high quality reading.)

In short, eleven years later, I have 3 full length published books (thanks to Rachelle Gardner and Ashberry Lane Publishing) and a Christmas novella (ebook), and a couple of novels in the works. That first story went through the proverbial ringer numerous times, and then came my agent's 10 page revision letter... but that first one did eventually become a book. The title went through several changes, as well as the opening, the storyline, and much more. My writing skill as well as my understanding of the publishing industry had to grow. A LOT.

So, since today marks the anniversary of the day I turned into a novelist, I thought it would be fun to pull out the first page (below) of that very first draft of what is now the book, Like There's No Tomorrow. (For those who know the story, Megan was later renamed Claire.)

Thank you, Gary & Merethe, for inspiring me to become something I didn't know was in there.

Here's the opening of that first draft, started 11 years ago today. :)

Megan Kendal sat speechless in the backseat of her own car.

Anyone acquainted with the formidable little Scotswoman, especially those traveling with her now, knew she usually had no trouble unleashing her probing questions and fiery opinions on anyone within reach. But today, she was speechless.

As the station wagon containing her whole family, including her brother Ian, headed toward , she was still in shock. And not just Megan, but her teenage sons as well, who couldn’t remember their father ever coming to church with them.

Ian and David had spent today the way they had spent many recent days: fishing at Loch Blane; and now Megan’s mind was churning with questions: What had happened? What did they talk about? How had Ian managed to get David to come to church with the rest of the family? Without thinking, she leaned forward to take a sniff of her husband who sat in front of her in the driver’s seat.

No smell of whiskey.

She sat back, ashamed of her suspicions. Did she really think David would have to be drunk to go to church? She glanced over at 15-year-old Jack and understood the look on his face; he’d had the same thought.