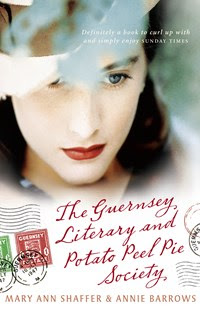 The Guernsey Literary and Potato Peel Society was a delightful book, and the Netflix film adaptation is now one of my top favorite films. I have to admit I liked the film even more than the book, which I loved.

I adore stories with sweet romance, relational drama, and a mystery or question to solve—it’s what I love to read, watch, and write. (I write both contemporary and historical fiction, so I hope those who also adore these qualities will find something to your taste in my work, and I hope you will recommend your favorite books and films to me!)

So about Juliette’s letters…

I adore letters in novels — there’s something intimate about the way people share their deepest heart in a letter than doesn’t come across in dialogue or even in the character’s internal thoughts. Heart-to-heart, written communication in a story tends to make us, the reader/viewer, feel as if we are being let in on a deeply personal, meaningful secret.

Like There’s No Tomorrow, my first contemporary novel, was inspired by the cross-continental romance between my brother and his now wife. In the novel, Ian and Emily are caregivers to two quirky old Scottish sisters, and for two years, they have been writing letters on behalf of the old women, since Maggie is nearly blind, and Grace is addle-brained.

Ian, in Scotland, has a gentle sarcasm that comes through in his writing, which delights Emily, and he also takes advantage of the fact that he can “report” on Maggie’s mischievous activities to Grace, but with restraint, as he doesn’t want to worry the old woman too much. In America, Emily is well-acquainted with Ian’s character, and though she pictures him all wrong, she has gotten to know, respect, and admire the man. The same goes for Ian. Emily’s letters give him, in addition to wrong notion that she’s a sweet, white-haired old spinster, the impression that she is a very kind, devoted, selfless lady. So when they finally meet and discover one another to be young and easy on the eye, the attraction is quick and fully-encompassing.

When I re-watched the Guernsey film this week (such agony we writers have to endure…), I was reminded of the importance of the familiarity between Juliet and her pen-pal, Dawsey. I love that the written word can give people a unique window into the soul of others. (Much like the Word of God gives us a window into God’s nature, character, and His unyielding desire for relationship with us.)

So, about the written word…

In The Memoir of Johnny Devine, it’s not letters exchanged, but a memoir that Johnny writes (with Eliza’s help) that gives a clear window into his soul, a stark, transparent view that would make most people feel too exposed and vulnerable. But his honesty, despite the critical scrutiny his memoir invites, is more important than protecting his image, because he has a purpose. He wants the hopeless to know that there is no one too far beyond the reach of God’s grace.

And on the topic of really knowing a person…

I’m working on a short historical love story now that will be available as a gift for joining my mailing list. Like the Guernsey story, both main characters have the opportunity to value something within the other, something deeper than outer beauty or visible qualities, and it’s this recognition and appreciation that draws them together, when obstacles would keep them apart.

Who doesn’t want to hope in a Love that never fails, that overcomes every obstacle? I believe that God wired us all with this hope, and for a specific and glorious final outcome that He has in mind.

Question: Do you write letters? Have you ever exchanged letters with someone you love, or someone you have grown to love/admire/respect as a result? Is writing letters a lost art you would like to revisit? 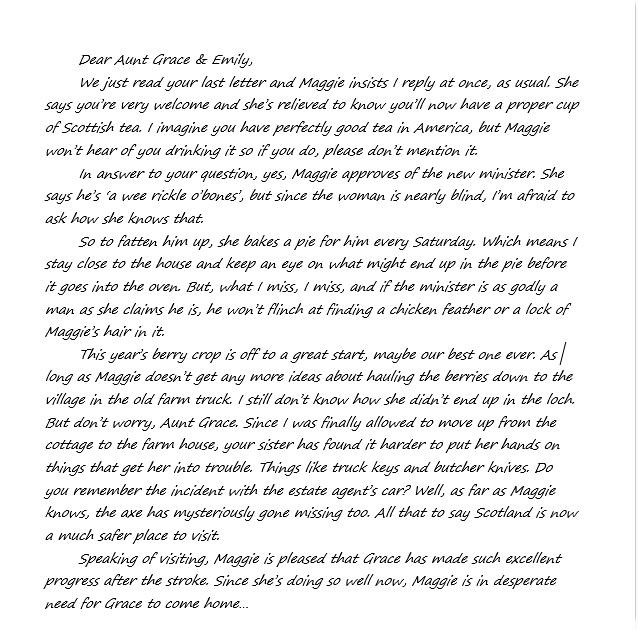