Counting down the days until Like a Love Song releases, but the pre-order link on Amazon is LIVE! Here's a little teaser from midway through this romantic relational drama to get your reader-juices going:

His nearness and the warmth coming from him set off a burst of panic in her. She swallowed hard and forced her voice steady. “I’m fine.”

She inhaled to suppress the weird flutter in her chest. Want you? What have you been smokin’? Where’d you get an idea like that?

Oh yeah, Chaz. Fundraiser. “Yes, I almost forgot.” She explained the problem with Chaz and the dismantled sale items, and her need for things to be in working order as soon as possible.

Joe wore a pained look. “Wow. I’m really sorry for not paying closer attention to the boy. Yeah, I’ll fix it, right away.”

“And I don’t know how, but could you keep him busy? So he doesn’t find anything else to take apart? At least until we get through the fundraiser.”

Joe didn’t answer. Instead, the crease in his brow softened, and his eyes wore a strange expression. Like his wheels were turning. “Sure,” he said slowly. “There’s just one thing.” His eyes locked with hers. “A condition.”

Sue stiffened. That did not sound good. “Which is?”

Joe rubbed his chin. “I’ll keep Chaz busy if you agree to take a day off. Away from the ranch. You don’t have to plan anything. I’ll take care of it.”

Sue’s brows gathered. “You’ll take care of it? What is that supposed to mean?”

Her voice rose. “You want me to do something with you?”

He shook his head. “Physical therapy doesn't count. It has to be fun.”

“You?” Joe belted out in a laugh. “Name the last fun thing you did.”

Her headache spiked. “Well, it’s not like I can just--”

“I know, when you’re not running yourself into the ground, you’re all fun, all the time.” His eyes narrowed. “Name one fun thing you've done in the last year.”

Sue huffed. “This is lame.”

Joe nodded. “A one-day outing with me along to make sure you have fun, or no deal.”

She let out another huff that could probably be heard all over the compound. “You’d hold a poor neurotic kid over my head for a date?”

“It’s not a date. Just ... a friendly little outing. And like I said, I’ll plan it. All you have to do is go along for the ride and relax.”

She let out an exasperated sigh. “This is not exactly the best time for me to be taking a day off. I've got the fundraiser to pull off, the kids, the temps ...” Not to mention hanging onto my sanity, keeping everything together, trying to figure out your twisted game ...

“After the fundraiser then.” Joe crossed his python arms and waited.

There had to be a whole warehouse of laws somewhere against being forced into spending time with a guy who looked like he could shred a semi with his bare hands. Hands she needed now or there wouldn't be much of a fundraiser. “Two hours tops. After the fundraiser. And Chaz is your shadow from now on.”

He crammed his hands in his pockets. “Half a day.”

Sue headed for the main house. What in the world had she just agreed to?

***************
When she finally surrenders her heart, will it be too late?
Susan Quinn, a social worker turned surrogate mom to foster teens, fights to save the group home she’s worked hard to build. But now, she faces a dwindling staff, foreclosure, and old heartaches that won't stay buried. Her only hope lies with the last person she’d ever turn to—a brawny handyman with a guitar, a questionable past, and a God he keeps calling Father.

Like a Love Song is a romantic drama set in Oregon’s high desert about a fiercely loyal woman, some cast-off kids, and the courage it takes to believe in a love that never fails. 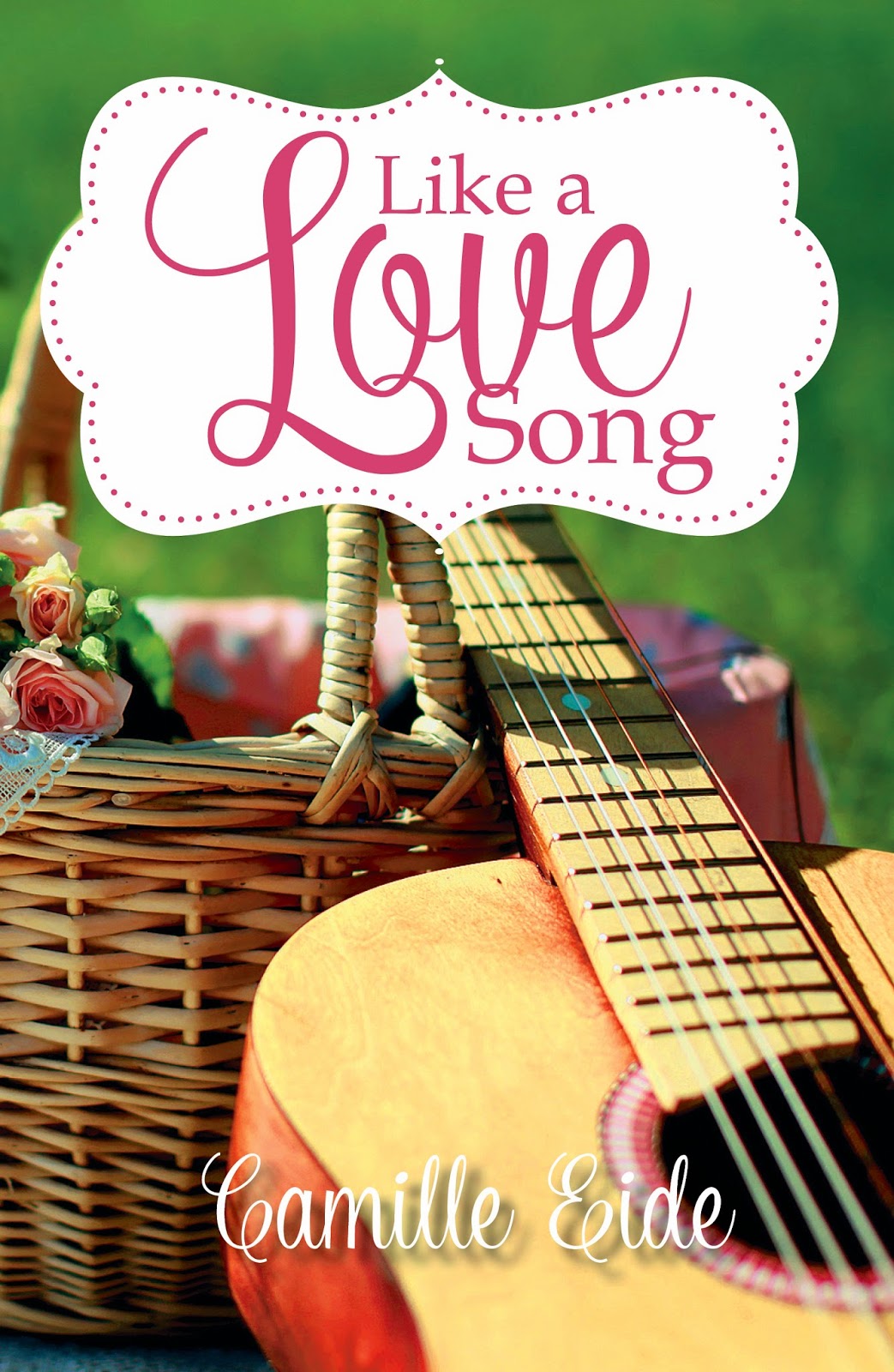 Coming soon from www.AshberryLane.com
Posted by Camille Eide at 7:30 PM

I am so excited for this sequel! Since devouring "Like There's No Tomorrow" in one sitting, I've been eagerly awaiting this book. Camille Eide breathes romance, intrigue, and inspiration into every character she brings to life! "Like A Love Song" promises to be another wonderful read that will leave me pondering the characters' lessons long after the last page.

It's so good to hear from Sue and Joe again. I fell in love with them and the rest of the cast in this amazing book.

Congratulations, Camille. I look forward to having a final copy.

I'm thrilled that another Camille Eide book is coming, soon! I first read her novelette, "Savannna's Gift", and it had me completely enthralled! One of my favorite pieces of all time! I then had the pleasure of reading, "Like There's No Tomorrow", and her talent, insight, and wit, came through with each and every word. Now, the long awaited, "Like A Love Song" is nearly here. I'm so excited to get lost in this story, and I know it will capture my heart along with the character's!

Oh, it's a date! If you have not read Camille Eide before, now would be a great time to start. She writes with wit, charm and grace. Reading her books is like snuggling with a care-worn blanket and a warm cookie on a rainy afternoon. I have a "Camille Eide" category on my Kindle; I bet you will, too.

Thanks so much for the lovely comments! I am excited to see this book in hand. Thanks for being on this journey with me!

I absolutely love this cover - that guitar is perfect, and having read this beautiful story, I know how integral it is to Sue and Joe's journey! Congrats - can't wait for the release!