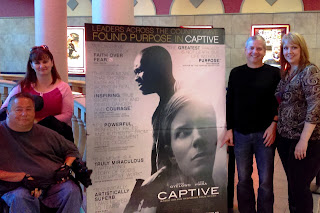 My husband, friends, and I had to drive an hour away to the one theater in our area that was showing Captive. Which is not surprising. Even though this film was distributed by Paramount Pictures, films labeled faith-based or inspirational usually don't make it to many screens. Perhaps the reason is the thinking that faith films are not compelling enough to fill more theaters.


My posture while viewing this film? Captive—literally. Held taut for 136 intense minutes and forgetting to exhale.

"Captive" is based on the true story of Ashley Smith, a single mother struggling with drug addiction, taken hostage in her apartment by a man on the run after breaking out of jail and murdering the judge assigned to his case. We are first introduced to Ashley (Kate Mara) in an addiction recovery group. Ashley pulls no punches about what drugs have cost her. She has a daughter she adores, but drug use has taken away what is most precious to her. No, next to most precious: she admits she can’t stop using because she likes it too much. We study her transparent expression as her resigned words replay in our ears, and we decide in that moment to applaud her honesty and sympathize.

When help is offered in the form of a book, The Purpose Driven Life, she tosses it in the trash. She is ruining her life and can’t stop. Won’t stop. What good can a book do? She is honest, she is helpless, and she is hopeless.

Soon, through a violent chain of events, escaped killer Brian Nichols (David Oyelowo), takes Ashley hostage in her apartment. Desperate and hunted, he also pulls no punches about what he is capable of. He killed a judge who wanted to enslave him, and “it felt good.” Ashley’s already hopeless life takes a sudden and unexpected turn for the worse. 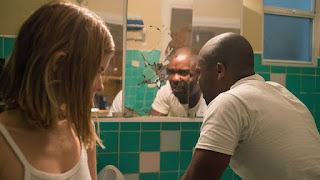 Two lives intersect and the course of each changes in a most unusual and unnatural way. It’s that unnatural element that often piques my interest. The book Ashley tossed into the trash ends up on her kitchen table and becomes a catalyst of hope.

As a novelist, I create fictional characters, places, and events, yet work hard to weave in elements of truth, of universal realities that people experience. Real flaws, mistakes, and wounds, basic human hopes and fears bring stories to life, make them tangible, meaningful. And most importantly (to me), my stories include a real God who touches real lives in a very real and often “unnatural” way. It is the supernatural, subtly portrayed in this film, which adds that spark, that tangible hope to Ashley’s story. It is done carefully and organically, not forced, not tidy.

The story is well-written, touching on universal elements of human experience people feel and even crave, like hope, second chances, and spiritual truths that empower and liberate. The acting is superb. Mara and Oyelowo are spell-binding as they portray realistic, complex characters who grip us from beginning credits to end.

"Captive" is a high quality, thought provoking, “captivating” film that lingers long after you leave the theater. I highly recommend this film and plan to buy it and watch it again when it releases on DVD. 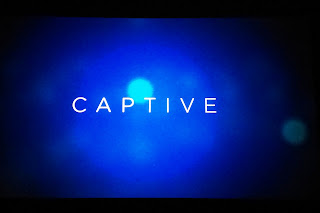 Question: Have you seen Captive? What was your takeaway?
Posted by Camille Eide at 12:56 PM